As President Biden comes up on the end of his first 100 days, it’s clear that his administration sees the environment as a priority, but it’ll take an overwhelming amount of public support to get major policies around climate, conservation, clean water, and plastic pollution over the finish line.

Last week, young people made it clear that they’re up to the challenge. I’m so excited to share the winners of the 2021 #YouthEarthWeek Leadership Awards, honoring the youth clubs and groups who hosted so many excellent events last week. Winners will receive prize bags for their club members from our sponsors, which include sustainable gear like reusable cutlery. Our first and second prize awardees also receive cash prizes to help them continue their work.

We received more than 100 applications for leadership awards for events last week. Every one of them was a pleasure to read and clearly made an impact in their communities. Among them, these six youth-led efforts were exceptional in their success in building community, educating students, and motivating them to action. Please take a moment to read about their success and feel free to share their work on social media using the hashtag #YouthEarthWeek! 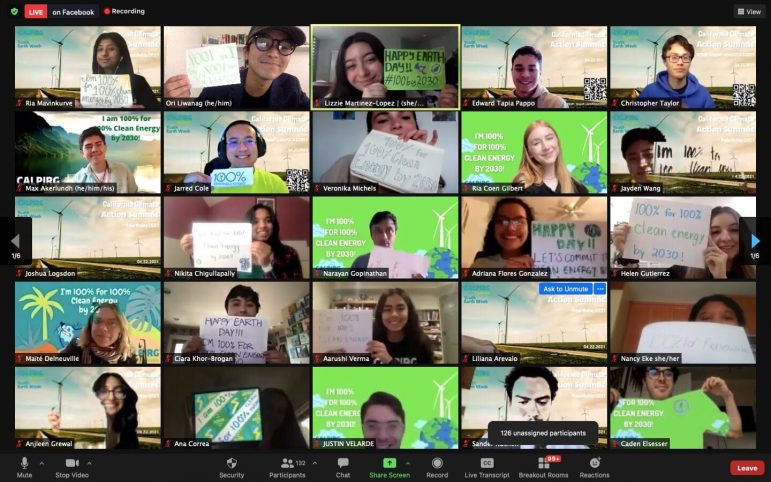 CALPIRG Students’ eight chapters across the state hosted the first-ever Youth Climate Action Summit, featuring six panels and trainings that were attended by more than 700 young Californians. The day combined action with reflection. Students posted to social media and submitted more than 30 letters to the editor and opinion pieces to local papers around the state calling for a faster transition to a 100% renewable energy future for California. Some students even decided to volunteer and join our campaign to win more environmental victories at the local and state level after learning more.

The summit featured speakers and video remarks ranging from Sonia Aggarwal from the White House Domestic Climate Policy Team to David Burd, comedian and rapper known under the stage name of Lil Dicky. In total, more than 30 elected officials, renowned youth climate activists, and non-profit leaders spoke at or co-sponsored the event.

On top of their Climate Summit, local CALPIRG Chapters hosted more than two dozen events that an additional 300 students attended.

$300 Award: Students for Environmental Concerns (SECS) at the University of Illinois at Urbana-Champaign 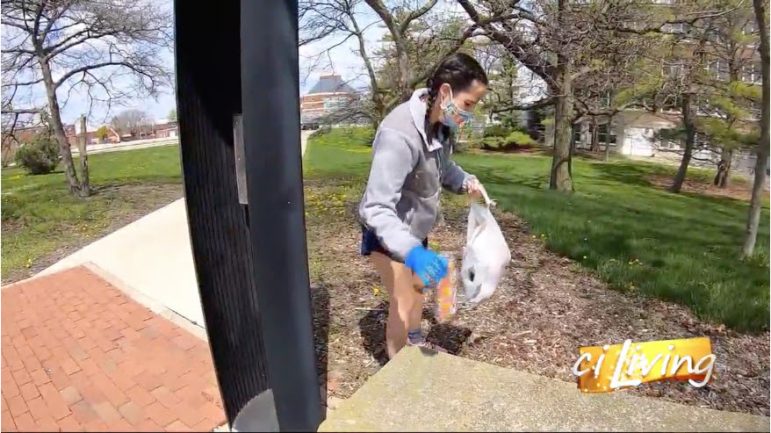 SECS hosted nearly a dozen events during Earth Week that were co-sponsored by more than a dozen campus partners. The events ranged from a Climate Strike to a stargazing social and a ‘plogging’ clean-up event that was covered by the local news. SECS student leaders built community around protecting the environment by working with other student groups and leaders on campus and putting a premium on fun, innovative events. Along with prize bags, they win the 2nd place prize of $300. 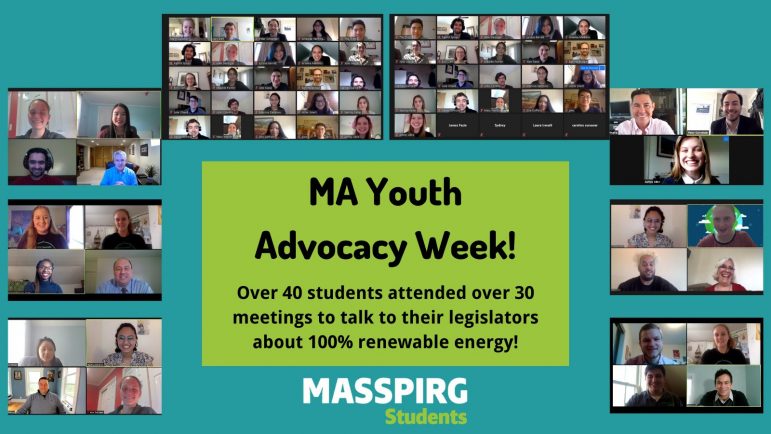 More than 130 students attended the six events hosted by UMass student leaders throughout Earth Week. We’re impressed with the range of events the chapter held to keep students engaged, educated, and taking action. From a lesson on native bees to a Break Free From Plastics scavenger hunt and a sustainable recipe demo, the team hosted a number of creative events that were safe, educational, and engaging. On top of these innovative community building events, UMass student leaders helped put together a statewide Youth Advocacy Week where students held 36 lobby meetings for Massachusetts’ 100% Clean Act and successfully signed on three new co-sponsors for the bill.

Leadership Award: IDEAS For Us, University of Central Florida branch 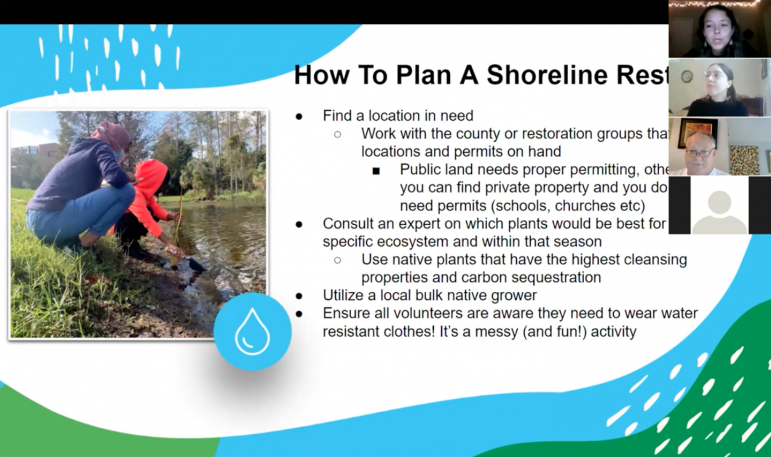 More than 70 students attended the three events hosted by IDEAS For Us at UCF. Students learned how to take eco-action, met other environmental activists at an eco-social, and picked up more than 100 pounds of trash at a local, socially distanced clean-up. 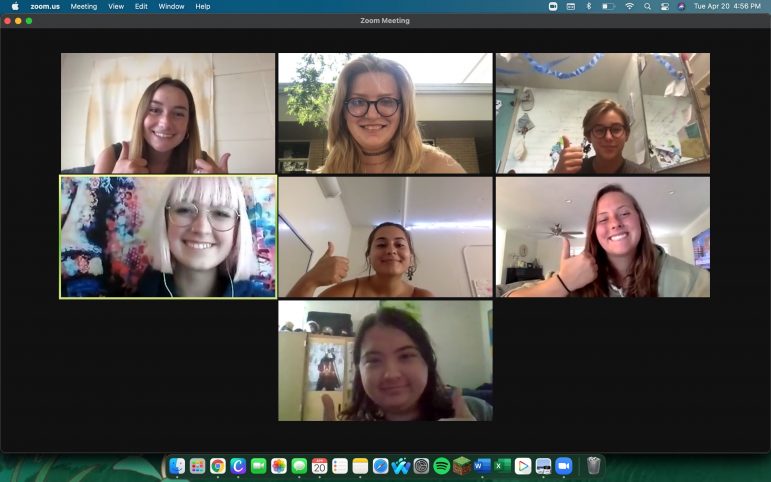 More than 100 students attended four events, ranging from a movie screening to a panel on 100% renewable energy. Events featured remarks from Mayor Levine Cava; Jill Horozwitz, Climate Resiliency Officer of the Seminole Tribe of Florida; Dr. Eli Stefanakos, Director of the Clean Energy Research Center; and other environmental leaders. The USF team facilitated a number of important conversations between student activists and campus and community leaders.

Leadership Award: Terps Out the Bag at the University of Maryland – College Park 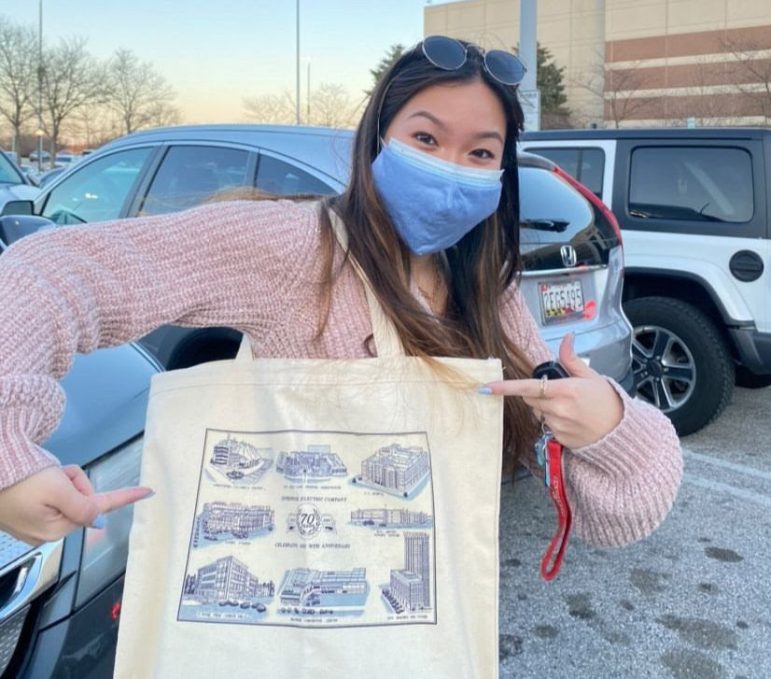 Terps Out the Bag hosted two social media giveaways for students who posted about their favorite plant and shared a photo of them using their reusable bag. Winners received a reusable bag, a plant, and a pack of bamboo toothbrushes. These social media challenges fostered visibility around sustainability and zero waste among students on campus in creative and safe ways.

It brings me so much joy to see so many young people coming together for our planet. I know much more work needs to be done to create the future we want, but young people are ready to roll up their sleeves and get to work.