From the 1970s on, voter registration drives had long been on the menu of public interest projects at Student PIRG chapters.

Beth DeGrasse and other PIRG staff teamed up with Daniel Malarkey and other student leaders to organize a major conference on the student vote. They enlisted 880 campus leaders and newspaper editors to call on students across the country to attend a conference on student voter registration. Over the weekend of Feb. 11-13, 1,500 students from 42 states came to Harvard University to hear civil rights leader Jesse Jackson and other speakers, engage in workshops and conversations, and launch the National Student Campaign for Voter Registration.

That year, Jackson was also running for president. Given his campaign schedule, the civil rights leader admitted to the students that he had hoped for a low turnout at the conference, so he could cancel and concentrate his energies on the Iowa caucuses.

“But here you are,” he said to a packed Memorial Hall while hundreds of others watched on closed-circuit TV because they couldn’t fit inside the room. With a sly smile he added, “Something must be going on.”

Indeed, something was going on: Over the next eight-plus months, the campaign became the most successful student voter registration effort in the nation’s history, reaching 1,000 campuses and 2,000 communities, involving 10,000 volunteers, and helping 750,000 new young voters register (a 17% increase), while adding another 100,000 new registrations in predominantly low-income and minority communities.

In 1994, the Student PIRGs teamed up with Rock the Vote!, United States Student Association, National Council of La Raza and others to form the Youth Vote coalition.

In 2004, the Student PIRGs renamed NSCVR to become the (much pithier) New Voters Project and the project expanded, thanks in part to a major grant by the Pew Charitable Trusts, secured under the leadership of PIRG’s Ivan Frishberg. 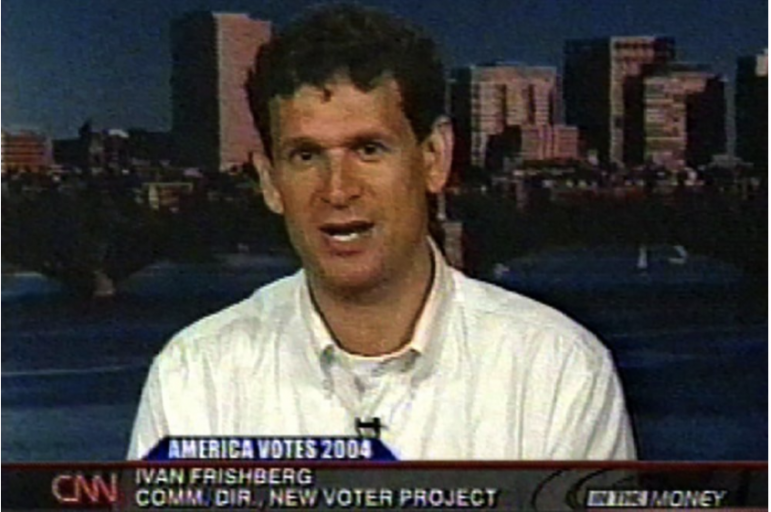 As technology and students’ preferred modes of communication evolved, Manny Rin, Leigh-Anne Cole and other PIRG organizers incorporated social media, text and other types of peer-to-peer organizing, informed by sophisticated research conducted by partners such as the Center for Information and Research on Civic Learning and Engagement (CIRCLE).

In the late winter of 2020, Manny was on a plane traveling home from Atlanta, where he had just led a training for student leaders to prepare them to run voter registration drives for the upcoming election.

Weeks later, Manny’s plans changed. The president had declared a state of emergency, much of the country and nearly every college campus was shut down. Interest in the November election was high, but nobody knew how fear of COVID-19, social distancing guidelines and shifting election rules would affect voter turnout, especially among younger voters.

As the election drew near, more than 5,000 students in 15 states took part — virtually — in the PIRG New Voters Project, contacting nearly 400,000 other students and urging them to get out and vote. This effort contributed to an eye-popping increase in young voter participation, with youth turnout up 22% over 2016 in New Jersey, 18% in Arizona, 17% in California and 14% in Georgia. 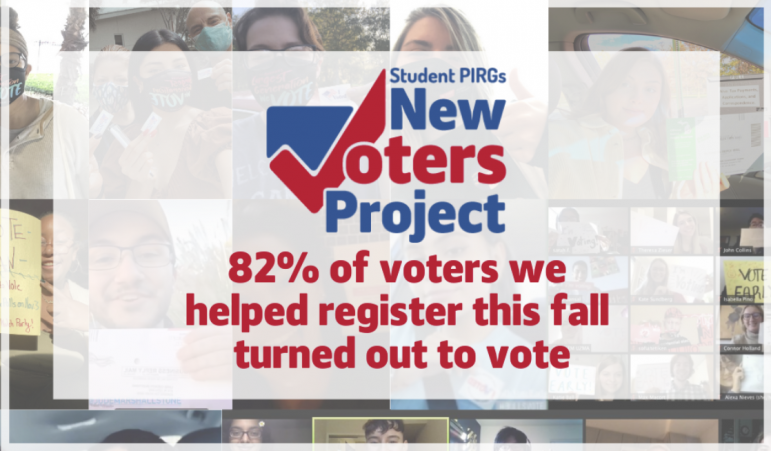 “Of course, some of 2020’s historic turnout can be attributed to expanded vote by mail options and increased interest in the election,” said Manny. “But this rise is also the culmination of years of our program investing in training young activists on college campuses and running a peer-to-peer voter engagement program at the local level.”

Elizabeth Ridlington and Katrina Riley also contributed to this post.