While we’re still waiting for all of the election results to come in, including mail-in ballots, we can be sure of one thing: young people showed up! Preliminary results from the Center for Information and Research on Civic Learning and Engagement (CIRCLE) estimates that the percentage of all eligible young voters, ages 18-29, who cast a ballot in 2022 will reach 27%, the second-highest national voter youth turnout rate for a midterm election in nearly 30 years!

And in the places where the nonpartisan Student PIRGs’ New Voters Project organized, students made the difference. 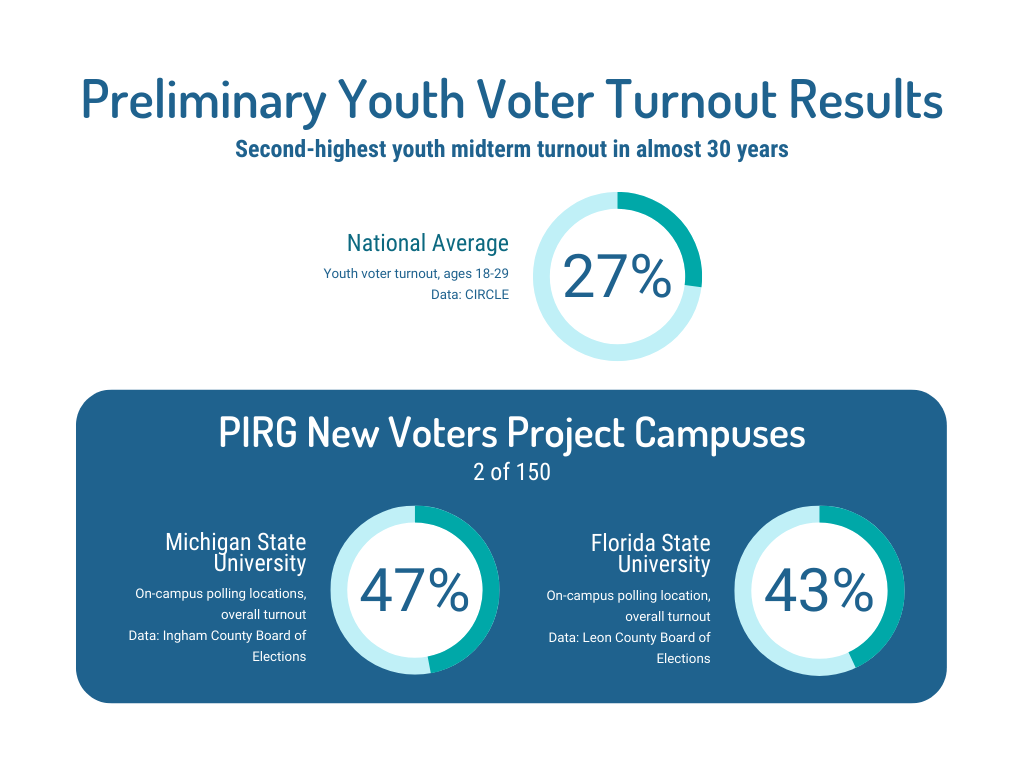 In just one example, at Florida State University, our New Voters Project team of students spent Election Day helping hundreds of students make sure their vote was counted. During the day, students generated visibility around the election by displaying huge props like the inflatable Vote Goat, and fanned out around campus to talk to students and give out stickers and tote bags. The on-campus voting location had a line out the door, and our team talked to hundreds of students in line for more than six hours to ensure they had the right form of voter ID, and that they were at the correct polling location.

The result of this concentrated outreach and engagement with the campus community? The on-campus polling location reported a 43% turnout rate. 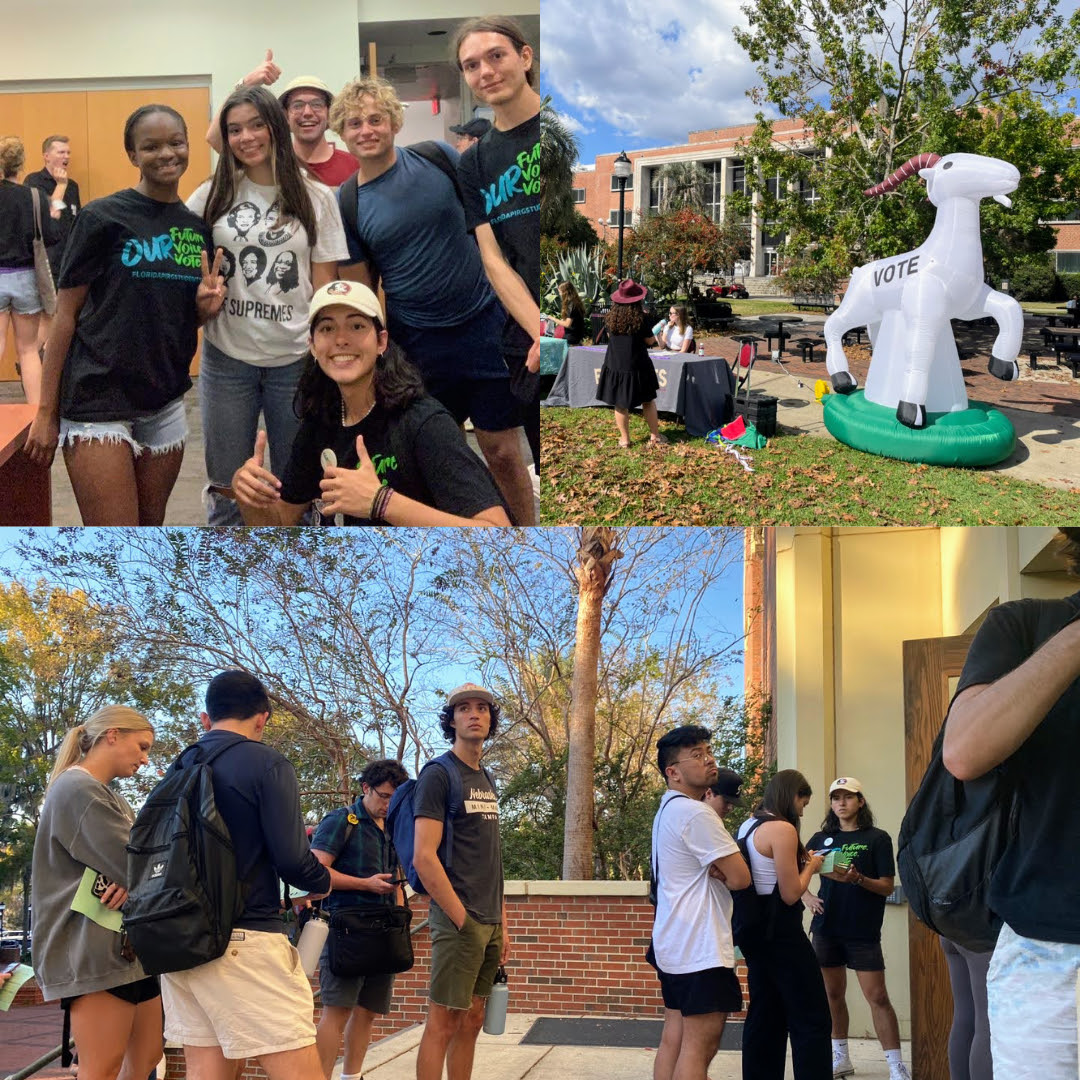 Or take Michigan State University. PIRG student leaders Joel and Evan, alongside PIRG organizer Felix, led a team of volunteers throughout the day who made sure students on campus knew where to go to cast their ballot and provided donuts and pizza to the students waiting in line to vote. They also helped students take advantage of same-day registration, enabling students who had not yet registered to register and vote at the on-campus polling location.

That local, on-the-ground organizing took place at college campuses across the country this fall, thanks in part to the Student PIRGs’ New Voters Project. More than 860 student volunteers, interns, and fellows worked on more than 150 campuses across the country (including public and private four-year schools and 43 community colleges) to make sure the voices of young people were heard in this election. Our team made 200,000 GOTV contacts to help students make a plan to vote (130,000 of which were at community colleges) and organized hundreds of campaign actions to engage their peers, through in-person events, class announcements, phone calls, text messages, and on social media.

When we have more numbers available, we’ll update you with more turnout data and an overview of our work this fall. Stay tuned! And if you have any thoughts on our program or want to learn more, please reach out.