Yesterday was National Voter Registration Day, and the Student PIRGs’ New Voters Project and thousands of other youth volunteers were out in full force to help their peers register to vote and participate in our democracy. I’m so inspired by the youth taking action this week, who didn’t let the new reality of virtual learning get in the way of organizing. Yesterday, we helped one voter register every 48 seconds for 15 hours — read on for more highlights from the day!

A student-led day of action

We believe in amplifying the voice of young people, giving them the tools and skills to take their energy and passion and turn it into concrete change. Already, the New Voters Project has hired more than 1,400 interns to work with us this fall to turn out the youth vote and make sure students are voting safely. Student leaders, such as Deja and Chase below, made the day a huge success, planning and executing dozens of events that got the word out far and wide, ultimately reaching out to an estimated 1.6 million college students with information about how to register and vote safely during the pandemic.

Deja helped organize visibility events to spread the word about the importance of registering to vote in Georgia. She worked with more than a dozen interns throughout the day to post on social media, reach out to friends and activate their class group chats. In total, the Georgia team reached over 100,000 of their peers. Pictured left is Deja giving a mid day update on Instagram Live!

Chase played a big role in raising awareness on eight campuses in North Carolina. She spoke to the media for the first time with reporters from Business Insider and a local CBS affiliate and participated in a ”Reg and Pledge Outreach Competition,” a competition between student leaders from across the state where they called friends, texted classmates, and took a variety of other actions to see who could do the most outreach to help fellow students safely register and pledge to vote. Here is Chase at the National Voter Registration Day kickoff event!

Our team of organizers and student leaders organized dozens of events at 100 college campuses to reach their peers, including text and phone banks, virtual class announcements, trainings, panels, social media parties, and more to spread the word about voter registration.

This included events such as training the University of Oregon’s athletics teams to reach out to their peers to make sure they were registered to vote and coordinating a competition between university dorms to see who could register the most students. Students also took creative approaches to spreading the word, such as working with professors to change their Zoom backgrounds to link to our voter registration tool at StudentVote.org and take time out of class to talk about the importance of voting.

All in all, despite being virtual, students were fired up to make sure their peers were registered to vote and had a plan to make their voice heard this Election Day! 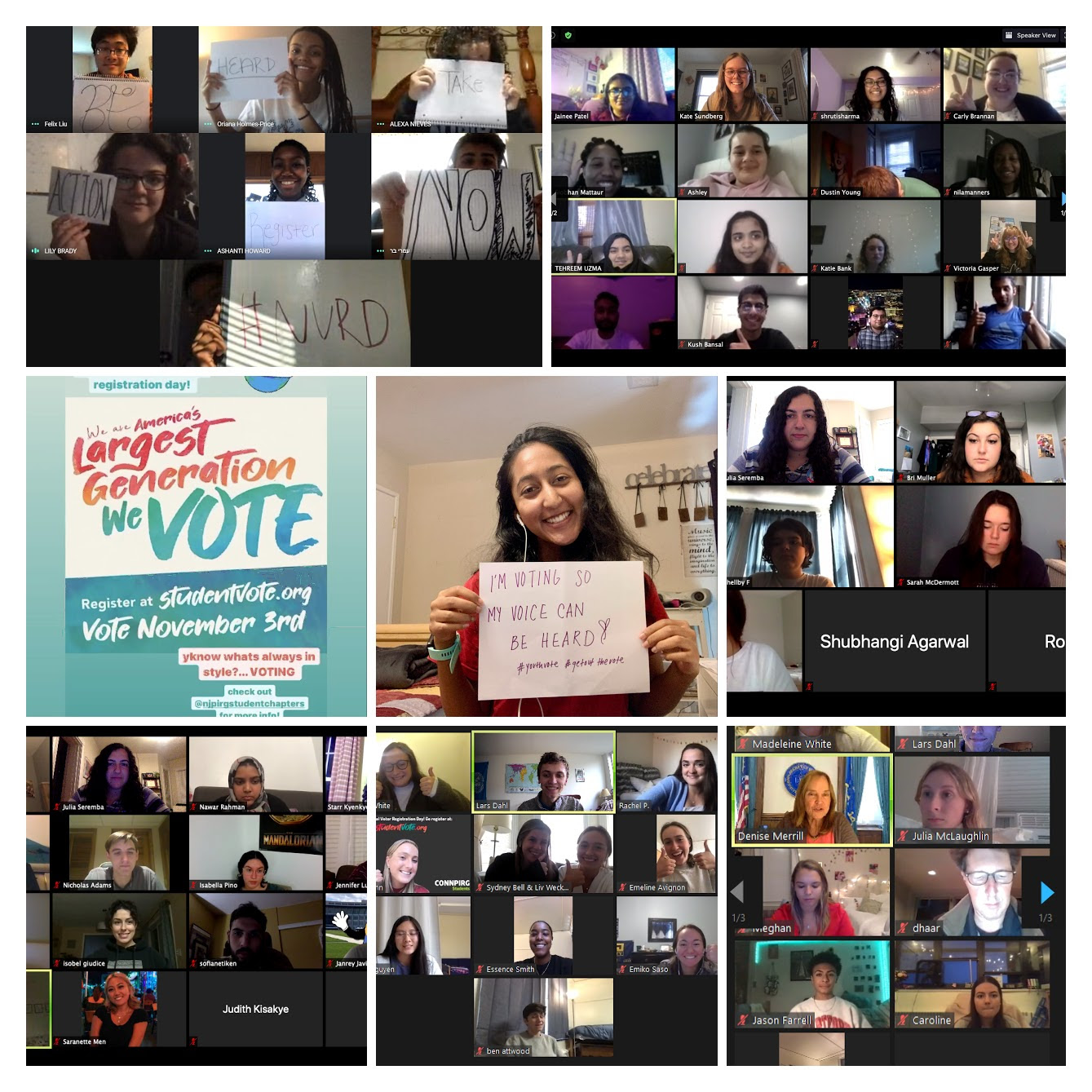